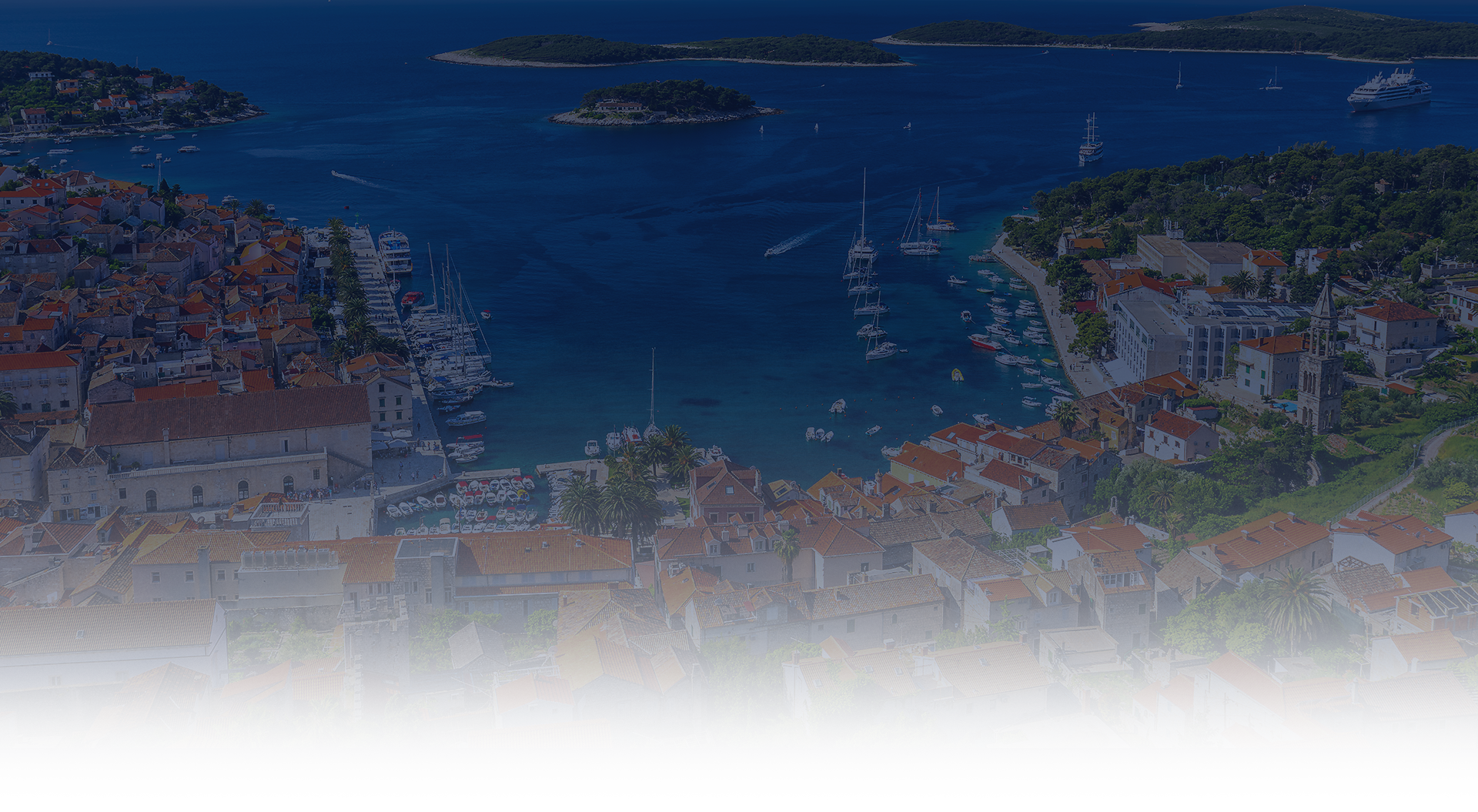 Emperor Diocletian, ruler of the entire known world at the time, had to pick a place to spend the rest of his days and he set his heart on Dalmatia. His palace’s strong walls are the heart of today’s Split preserved as if they are waiting for the return of its famous owner.

With a stunning island waiting for you to explore each day, this area will beguile you with the beauty of its nature, a wealth of culture and food delicacies and the finest of red wines.

Today Split is the center of Dalmatia, the sunniest and most beautiful part of Croatia, with the most beautiful islands along the Adriatic coast. This is also the reason why sailing in the wider area of Split is the most popular sailing destination in Croatia. Solta, Brac, Hvar, Vis, are just some of the islands you can reach from Marina Kastela with Sailing Forever charter fleet.

Trogir is a town built on foundations in the sea dating all the way back to prehistoric times, with Illyric, Hellenistic and Roman remains that confirm its abundant history. One of the earliest cities on the Adriatic was settled on small island between island of Ciovo and mainland all connected today by the bridges. Thanks to the sea channel protecting it, the city survived many attacks over centuries and offered shelter to many travelers, artist and even kings. Today Trogir is UNESCO protected gem due to beautifully preserved city center that includes many churches and monuments.

Second largest Croatian city is urban center that draws its roots in historic Diocletian’s palace. Built as retirement villa for the Roman emperor that fell in love with the area, these walls offered shelter and became home to new generations that feel the same love Diocletian once felt. Trough centuries this “flower of Mediterranean” has been visited by many travelers from all corners of the world and it keeps attracting new travelers each day. Its climate natural beauties that surround it, islands that seem stone throw away, vibrant nightlife, small cafes, bars and restaurants are just part of its charm. A 300.000 inhabitants proud to call Split home also often describe it as ” craziest city in the world” as well as the city of sport as many famous athletes were born here. Although through centuries many tried to conquer it, this UNESCO protected city and its people proudly kept it safe, by blending new with the old and just like the founder of the city- live according to their own rules. If you berth in Split you can enjoy not just in sailing to Split, but also in its amazing beauty, gastronomy and night life.

Brač stone built this graceful little town situated at the base of a deep bay at the south-westernmost point on the island. This calm haven offers protection from the elements to people and boats. Being one of the most visited and best ports in the area it has developed a rich fishing, and maritime culture as evident in the captain’s palaces, fishermen’s houses and bracer boats that originated in its shipyards. Today Milna offers shelter to sailors in two of its marinas that are starting or ending point to majority of charterers.

Zlatni rat beach is located in Bol -the only costal town on the southern side of the Island. Known for its wine, ships and sun facing slopes this area was settled since prehistoric times. When thinking about Croatia most people visualize one of the photos of Zlatni rat beach. This iconic image is often thought to capture the core of the Adriatic- beautiful blue sea, golden beaches and unspoiled nature. To locals this beach also is the symbol of unpredictable wilderness that surrounds them as this beach changes shape depending on currents, winds and time of the day. Change is the only constant in these parts.

Maslinica is the picturesque town situated in a cove on the western part of the island Šolta. Famous for its olive oil this bay also has one of the most spectacular sunsets in the world. Since ancient times the island was used as the refuge for families from the area in times of war, disease or just everyday craziness of modern life. Known for its peaceful bays and unspoiled nature the bay has been a shelter to sailors from all over the world. Maslinica is one of the most beautiful ports not only on the island of Solta, but also on the Adriatic, thanks to the amazing view of castle Martinis Marchi.

As the rest of the island Stomorska is known for the peace and quiet it offers to passing travelers. It has been so for centuries as the monasteries have been here since 13th century. Unspoiled nature, peaceful ports, diving and fresh fish is what this slice of heaven has to offer to passing sailors.

If you want to step back in time Vis is the island that is perfect for the trip. During the time of Yugoslavia the island was prohibited to tourists. This restriction drove many locals off the island but it also stopped the tourism, overdevelopment and depletion of resources. Vis was place of the first colony Greeks founded outside the Ionian sea. Over the centuries they would use it as their starting point to spread the Hellenistic culture on Adriatic. City of Vis lies in a large and well protected bay of St George. Famous for its archeological finds preserved nature as well as its fishing and vineyards this westernmost Croatian island it has lot to offe

The traditional fishing town is located on the southern side of the island of Vis. Many consider it to be the birthplace of modern fishing. It faces the most distant Adriatic islands rich in fish, particularly tuna – Biševo, Palagruža, Jabuka, etc. making it the destination for all deep sea fishermen. Komiza and its pristine beaches, have a lot to offer to all. From active vacation with diving, parachute, flying, riding, or relaxing trip to the nearby islands – Palagruža or Biševo. Each enjoyable day ends with fish delicacies and quality local wines.

“Underground Fairy palace” as it is blue caves nickname is located on eastern side of Bisevo island, 4,5 Nm from Komiza. During the summer days in morning hours the sun enters this underwater cave created by sea lighting up one of the best known natural phenomenon on the Adriatic.

Visit cave with your own dinghy. Jump from cave roof in the cristal clear sea

Located on the island Ravnik at the southern side of Vis Green cave has two entrances with opening at the roof trough which the light passes and creates special green and silver light effects on the walls of the cave. Spatial cave is 3-5 m deep so it can be visited by small dingy or a rib and is perfect day trip destinations for all sailing around Vis.

This cove is located on southern side of Vis is made famous by its two large stone cliffs which hide the cove and its beautiful beach. This hidden treasure is one of the stunning and most surprising natural monuments on Adriatic.

Stari Grad is located on the most popular island in the Adriatic – the island of Hvar. Stari Grad – Pharos, is one of the oldest city on the Adriatic going back to ancient times. Stari grad is located on the northern at the end of very deep bay settled among the lavender fields this island is famous for. Once the capital of the island the city and it’s fields were considered prize property handed out to only the most valiant roman legionaries as still evident by the UNESCO protected Hvar Ager. Over the centuries many things have changed on the island but its magical attraction never seems to fade. This sunniest place on earth still radiates serenity and beauty that has inspired and continues to inspire poets and artists such as Petar Hektorovic, famous Croatian poet and writer who owned the castle in Stari Grad.

Another pearl of island Hvar is Jelsa with its quiet bays perfect for sunbathing, swimming and relaxing. This secluded part of the island is perfect for spending the time with family or just going for a long leisurely walk when you want to escape the everyday anxieties. Mediterranean atmosphere is present all around you from the small hilltop villages, rolling vineyards bathing in the sun or narrow streets merging in the square filled with noise coming from fisherman’s houses. Hvar is also a prehistoric site as evident by Grapčeva and Markova caves, the Neolithic cult centers of the island dwellers located near Jelsa.

Former fishing village that wanted its freedom from the various oppressors over the centuries keeps growing to this day. Even though somewhat younger than other island towns it still holds cultural and historical value not to mention seclusion and peace on sometimes noisy island.

Capital city of the one of ten most beautiful islands in the world. Hvar not only has rich history but an exciting present. A place to be seen for the jet set during the summer months is home to the one of the oldest theatres in Europe as well as the spot for best after beach parties. Days spent in relaxing time on the beach are balances out by nights of dancing, drinking and enjoyment.

Nautic Marina nearby town of Hvar is famous for the parties, beautiful bays on the southern side of the island and numerous restaurants with great food. Island is covered with dense pine tree forest, as well as other exotic plants. It was that’s to that pine forest that the islands got their ominous name (Hell islands)- the pine pitch which was used to preserve ships in the island shipyards. 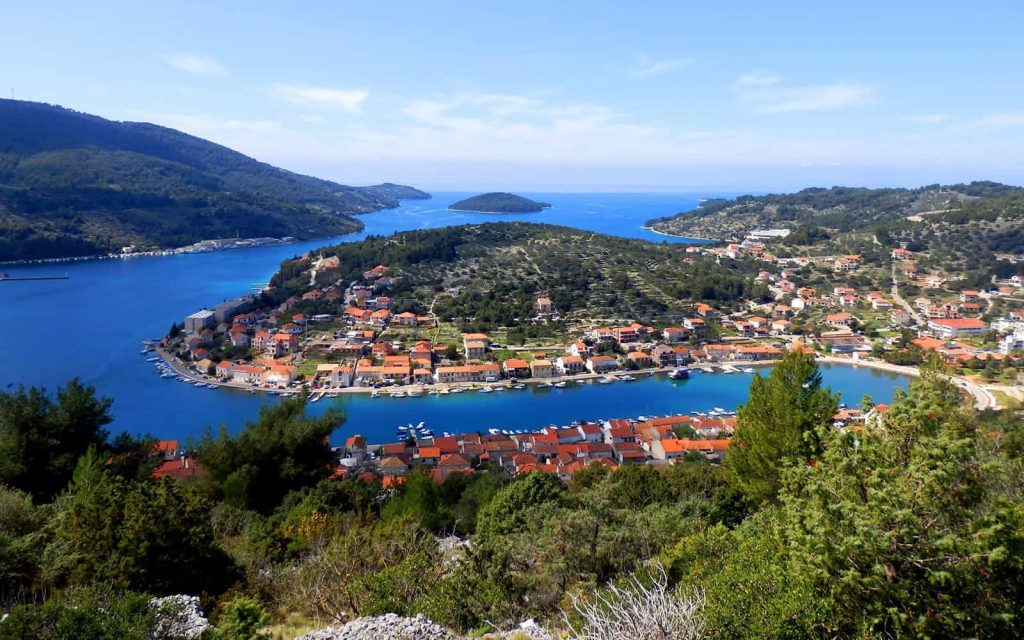 Words are not enough to depict the beauties of “the pearl of the Adriatic”- Dubrovnik. Area prides its self not only with treasures hidden inside Dubrovnik’s stone walls but also… 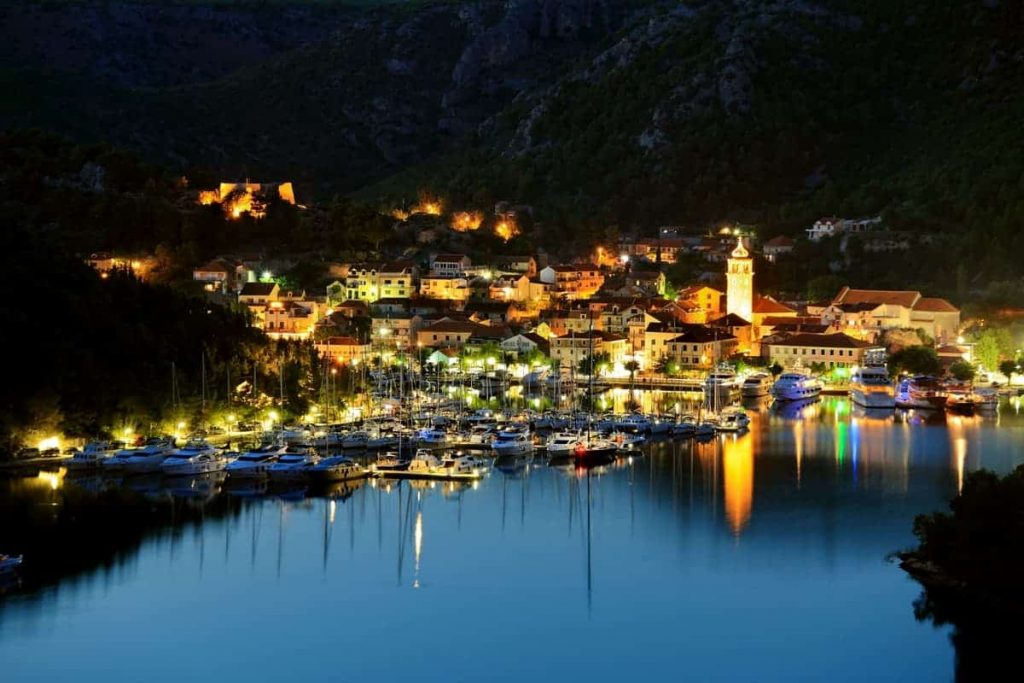 Shaped by the wind “bura” and bleached by salt, these islands and their small towns, hidden ports and crystalline water call out to sailors to venture into an open sea…